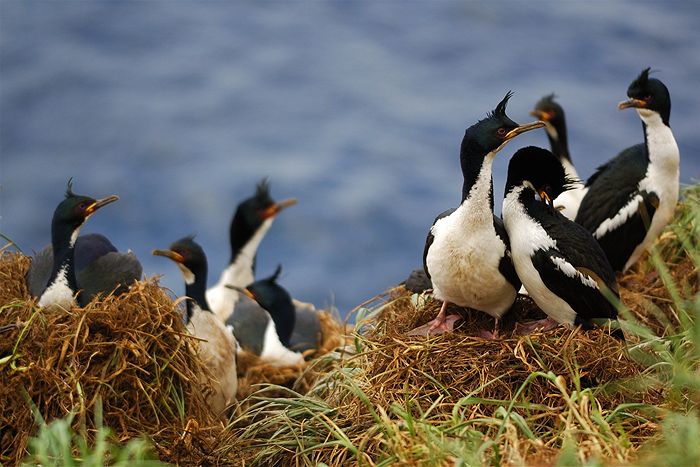 Seabird dive The global seabird population may have fallen by almost 70 per cent since 1950, a new study suggests.

The study, published recently in PLOS ONE, analysed data on 162 species, representing 19 per cent of the global seabird population.
They found the population of those species had declined overall by 69.7 per cent between 1950 and 2010.
"It's an awful lot," says co-author ecologist Dr Edd Hammill of the University of Technology, Sydney.
"The level of decline is considerably greater than what we were expecting."
The researchers argue this finding can be extrapolated to the global seabird population because the sample used was large and all the world's ecosystems were represented.

"Every continent is represented, every coastline of every continent is represented as well," says Hammill.
Hammill says a "back of the envelope" calculation suggests over a billion birds have been lost globally during the study period.
Even within the 162 species the fall in numbers is still staggering, he says.
"69 per cent equates to the loss of about 230 million birds," says Hammill.
Previous research has focussed on particular seabird species of interest - "something's that charismatic or catches the public's eye", says Hammil.
"No one has essentially tried to do the entire globe in one go and treat every single species as equal."
The researchers compiled a database of global seabird population records, and used modelling to estimate the overall population trend.

Seabirds are a relatively easy to monitor and important indicator of marine health.
"They can act almost like a gigantic canary in the coalmine," says Hammill.
A 70 per cent drop in their population would not bode well for marine ecosystems as a whole, he says.
Seabirds also play an important role in transferring nutrients between ecosystems, by eating fish at sea and then nesting - and pooping - on islands.

Cause of the decline

While they can't be sure about the cause of the decline, Hammill says it might have something to do with the introduction of "factory trawlers" and the ability to fish out in the open ocean, which began in the 1970s.
He says this massive extraction of fish from the sea basically left less for the seabirds to eat.
The researchers found the species most heavily impacted were those that migrate globally.
"As they are moving across the planet, if any one of the places they visit has been impacted then they're much more likely to decline," says Hammill.
The research was funded by the Sea Around Us project, a scientific collaboration between the University of British Columbia and the Pew Charitable Trusts, and was led by Daniel Pauly from the University of British Columbia, Vancouver.